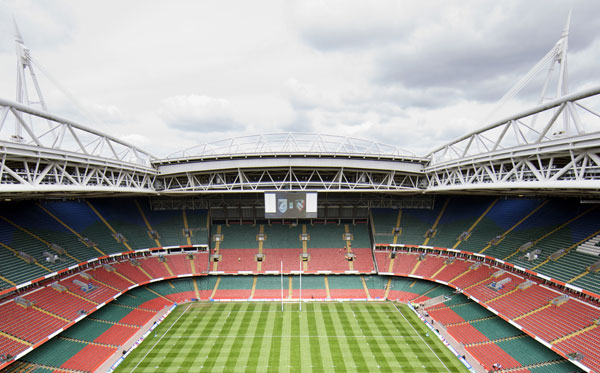 The Millennium Stadium has launched a once-in-a-lifetime opportunity for young jobseekers in its search for an Apprentice Grounds Person, in conjunction with Careers Wales.

The premier event venue is looking to recruit a budding grounds person between 16 and 24 years old to begin an apprenticeship scheme at the home of Welsh sport next month.

The apprenticeship will unearth all the necessary training and qualifications required to carry out routine pitch maintenance on the surface which is currently staging the London 2012 Olympic Football Tournament.

The new Grounds Person will be trained to create; mark-out and set-up playing surfaces and will learn how to operate grounds maintenance machinery to prepare for high-profile pitch sports.

The apprentice will also spend one day a week for two years at Pencoed College in order to achieve a nationally recognised qualification in Work Based Horticulture (Sports Turf).

With events such as Rugby League World Cup 2013 and Rugby World Cup 2015 earmarked for Cardiff, Millennium Stadium Head Groundsman Lee Evans is delighted to extend the first-of-its-kind apprenticeship scheme to youngsters in Wales in order to strengthen his team.

“Sports pitches require a constant and rigorous maintenance programme and I’m delighted to be adding an Apprentice Grounds Person to the team,” said Mr Evans.

“While I’ve no doubt that the training will be tough at times, this is an exciting, once-in-a-lifetime opportunity for young people in Wales and the successful candidate will be joining a great team at one of the greatest sports stadia in the world.”

The work will mainly be undertaken outdoors in all seasons and any expenses to travel to college will be met by the employer. Further details can be accessed via the Millennium Stadium and Careers Wales websites until the application deadline on Tuesday 28 August.