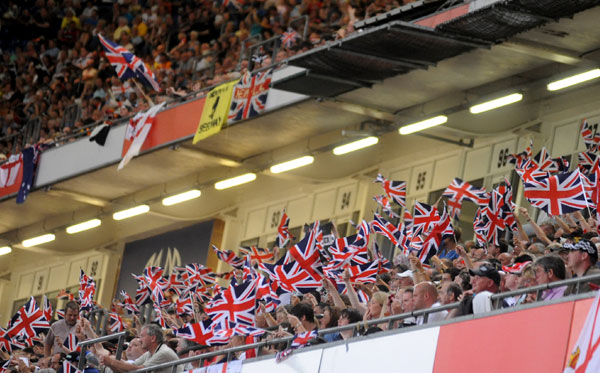 Team GB soccer head coach Stuart Pearce was full of praise for the thousands of fans that gathered at the Millennium Stadium last night as his team guaranteed their return to the venue for the quarter-final game this Saturday (4 August).

A 69,000 sell-out crowd cheered on Team GB as they beat Uruguay 1-0 in the second match of an Olympic double-header, after Mexico beat Switzerland 1-0.

Daniel Sturridge scored the only goal at the atmospheric stadium as the team eliminated Uruguay to finish top of Group A and set up a quarter-final tie at the same venue this weekend.

Pearce said: “The crowd was fantastic. It’s been a great day for British sport and we are delighted to have played our small part. This is a fantastic experience.’

Saturday’s quarter-final is the penultimate Olympic clash at Cardiff’s Millennium Stadium, before the Bronze Medal Final on Friday 10 August.

As with all Cardiff’s fixtures, London 2012 organisers have been urging fans to get in early to avoid missing out on the full Olympic action.