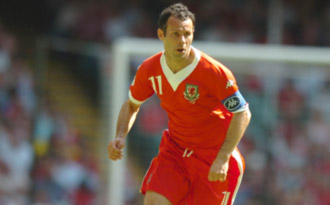 Nearly 250,000 tickets have been sold and sell-outs are expected for the Olympic Football Tournament at the Millennium Stadium between Wednesday 25 July and Friday 10 August, according to London 2012 organisers.

The home of Welsh sport will host 11 Olympic football matches including the historic first moment of London 2012 when Hope Powell’s Team GB women take to the field against New Zealand – two days before the official opening ceremony in London.

A LOCOG spokesperson said: “We have sold over 30,000 tickets and counting for the opening day double header in Cardiff on Wednesday 25th July and are looking forward to a carnival atmosphere as the first ball of London 2012 is kicked at the Millennium Stadium.

“With plenty of time remaining and the ability to sell tickets at the venue on the day right up until kick-off, we are optimistic that this already pleasing attendance figure will continue to rise for the team GB’s Women’s clash with New Zealand, which is followed by Cameroon Women’s group E clash with Brazil.

“Across the 11-matches at the Millennium Stadium we are at nearly 250,000 tickets and counting for the eight event days. At least three days will sell-out, and, with one of those games a double header, that means at least four matches should boast capacity crowds.”

Both the women’s and men’s quarter final matches are set for Cardiff on Friday 3 August and Saturday 4 August respectively as well as the prestigious Bronze Medal Final on Friday 10 August.

With tickets priced from £20 and children aged 16 and under to benefit from a ‘Pay your age’ scheme, the tournament is the perfect opportunity for all the family to get to the Games.