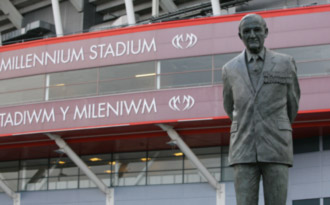 The Millennium Stadium begins its one year countdown today until the 2012 Olympic Games kicks-off in the Welsh capital.

Cardiff’s iconic venue will open the greatest sporting show on earth in 365 days with a Preliminary Women’s football match at 4pm on 25 July 2012, ahead of similar matches in Coventry and Glasgow.

There will be two Women’s matches played in Cardiff on the opening day, two days ahead of the formal opening ceremony at the new Olympic Stadium in London.

In total the Millennium Stadium will host 11 games in both the Women’s and Men’s tournaments between 25 July and 10 August, including a quarter-final on 4 August and the Bronze Medal match on 10 August in the men’s tournament.

It is only the third time the Olympic Games have been staged in the UK and in 1908 and 1948 all the events were held in England. So the 2012 London Games will be the first time the show has come to Wales.

“It will be a special honour to host the first event of London 2012 and the very first Olympic Games on Welsh soil on 25 July next year,” said Stadium Manager Gerry Toms.

“Sports fans from all over the world will be making their way to the Millennium Stadium and images of Cardiff will be broadcast into people’s homes all over the globe.

“This is a unique experience and one not to be missed by anyone wanting to be part of the action.

“On the opening day at the Millennium Stadium fans get the chance to see two world-class football games and with tickets available from £20 (for two matches), Cardiff is an excellent choice for sports fans on 25 July 2012.”