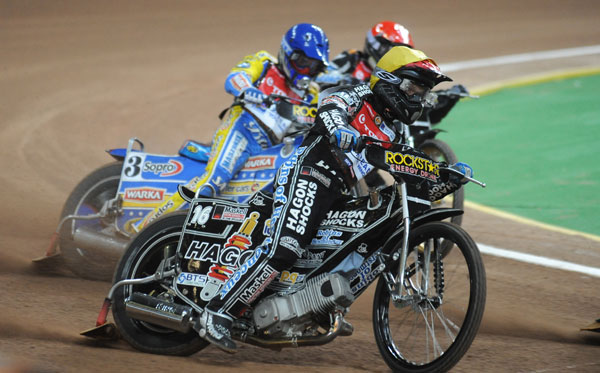 British rider Chris Harris will be looking to repeat his 2007 winning performance in Cardiff as the best riders in the world go full throttle for FIM Doodson British Speedway Grand Prix at the Millennium Stadium on Saturday (25 June).

The eleventh Speedway event at the iconic venue promises to be full of drama and guaranteed thrills, as the riders reach speeds of up to 70mph – competing on 500cc bikes, with no brakes and acceleration that’s faster than an F1 car!

Speaking about this year’s season, Chris said: “We’re all really up against in terms of competition from fellow riders this year – it’s shaping up to be one of the toughest but most exciting seasons I’ve been involved in.

“I’m feeling good about myself and confident there are good performances to come and I’m absolutely convinced I can compete at the highest level with the best in the sport.

“I’m really looking forward to the FIM DoodsonBritish Speedway Grand Prix at the Millennium Stadium this weekend and I’m aiming for a great run up to the event. I won there in 2007 so it’s definitely time to repeat that success in front of a home crowd.

“Becoming World No.1 is still the ultimate dream and 2011 could certainly be the year to achieve it.”

Tickets can still be purchased for this year’s event which hosts four World Champions: Tomasz Gollob, Jason Crump, Nicki Pedersen and Greg Hancock, among those battling for the title.

The fun will start in the Fanzone on St Mary Street (from 11am) and the Grand Prix will start with pre-event entertainment in the Millennium Stadium, followed by the Grand Prix and finishing with a fantastic firework display.