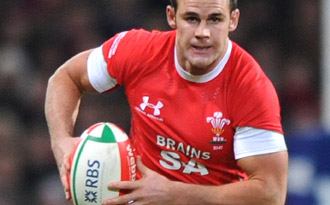 Buy One Get One Free for Wales v Argentina

Fans are being offered the chance to watch Wales take on the mighty Pumas at the Millennium Stadium on August 20 (kick-off 2.30pm) with two tickets for the price of one.

Anyone who buys a ticket will get a seat of the same value entirely free of charge for the summer international at the home of Welsh rugby.

The deal is being offered by the Welsh Rugby Union for the send off international which is the last game played in Wales by the Rugby World Cup squad before they fly off to New Zealand for rugby’s greatest competition.

The game will offer fans the chance to send Wales on their way with a resounding cheer from home before they take on South Africa in their opening RWC pool match in Wellington, New Zealand on September 11.

Argentina will also be using the game as a final encounter to test the mettle of the Pumas before they start their own journey to New Zealand.

The Argentina team is renowned for causing Rugby World Cup upsets and made it through to the semi final stage where they lost to South Africa in RWC 2007 in France.

The buy one get one free offer will apply across all ticket prices for Wales’ final game on home soil against Argentina; priced at £30 and £20 for adults; £15 for the under 18s enclosure and £70 for a family of four. For example, two families (4 adults and 4 children) will be able to enjoy the game for less than £10 per person.

WRU Head of Sales and Marketing Craig Maxwell said: “Wales versus Argentina is the final of Wales’ summer internationals before they head to New Zealand and the WRU is following the example of other rugby nations by offering two for one tickets to ensure that all Wales fans get behind their team ahead of the Rugby World Cup.

“This summer has provided a feast of world class rugby action for fans and with a traditional and family-friendly 2.30pm kick off announced across all fixtures, we’ve put a clear focus on families with our ticketing strategies.

“For the game against Argentina we are delighted to extend the two for one offer to the popular family pass as well as individually priced tickets and hope that families of rugby supporters take advantage of this great day out and give a rousing send off to their national team.”

Fans that have already purchased their tickets will be sent the free tickets in the post to accompany their original purchase.