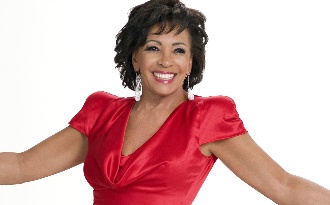 Born in Tiger Bay, Cardiff, Bassey is the ultimate Diamond Diva with a career spanning over 50 years and a worldwide success story that has cemented her place as the most prolific songstress to come from Wales. From her first release ‘Born to Sing the Blues’ in 1957, Bassey has sustained her success with a further 34 studio albums released, spawning 105 singles with ‘Diamonds Are Forever’ and ‘Big Spender’ being amongst her most famous.

The celebration concert will provide a rare chance for fans to see Bassey back at home at her best and will mark her first appearance in Wales for over 5 years – and what better way to make her sparkling return than to be ‘welcomed’ back with open arms at Welcome to Wales. Bassey will complete a trio of top Welsh divas as she joins Catherine Zeta Jones and Katherine Jenkins for this highly anticipated and prestigious event – Welcome to Wales.

Dame Shirley Bassey said: ‘I’m honoured to be asked to perform at Welcome to Wales and proud to be part of such a fantastic celebration for The 2010 Ryder Cup. This is a huge opportunity for Wales and with Katherine Jenkins and Catherine Zeta Jones also taking part, we’ll certainly be adding the glitz and glamour to golf. I can’t wait.’

Joining the glamorous girls will be Rhondda born primetime TV presenter, Steve Jones. 2010 has been a very busy year for Steve. He started the year with the hugely successful “Lets Dance”, BBC1 and then visited various countries including Vietnam and Austria for the new BBC1 Series Drop Zone; ventured up the Amazon with his brothers for the Sky One special ‘Jones Brothers’ Amazon Adventure. Then it was on to Argentina to film BBC1’s new game show, 101 Ways to Leave a Gameshow (currently showing on Saturdays, BBC1).

Steve Jones said: ‘I’m very excited to be part of this huge event and the fact it is in the Motherland is the icing on the cake.’

Steve will introduce performances from Dame Shirley Bassey, Katherine Jenkins, Lostprophets, Only Men Aloud and Shaheen Jafargholi and The Mark Jermin Stage School. Guest presenter Catherine Zeta Jones will make a welcome return to her homeland to deliver a special opening address for this very special opening concert in celebration of The 2010 Ryder Cup.

The audience will also see both the European and United States Teams officially introduced to the audience during the 90 minute televised show.

Ryder Cup Europe will make history as they deliver The 2010 Ryder Cup, the biggest sporting event to be held in Wales, with a massive, global TV audience. Golf’s greatest team event is staged every two years, alternating between venues in Europe and the United States. This is the first time The Ryder Cup has been held in Wales and the tournament will take place at The Celtic Manor Resort in the City of Newport from October 1-3, 2010, showcasing the nation to a truly global audience.

To keep up to date with all information including acts, tickets and great hospitality offers, register at www.welcome2wales.co.uk