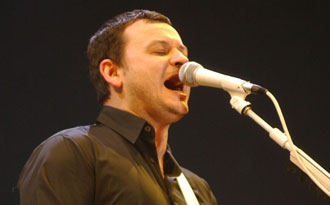 This weekend theManics return with their only performance in Cardiff this year to the Millennium Stadium , which now boasts a vast list of the biggest music stars such as Madonna, U2 and Robbie Williams, to support rock legend Paul McCartney’s first gig in Cardiff for over three decades.

The band from Blackwood, made up of Nicky Wire, James Dean Bradfield and Sean Moore, are looking forward to coming back to mark the venue’s 11th Anniversary and supporting the former Beatle:

“It is a massive thrill to play the stadium again and an even bigger one to be playing it with the legend that is Sir Paul,” the band said in a joint statement.

The ‘Up and Coming’ Tour will also be supported by indie newcomers The Joy Formidable.