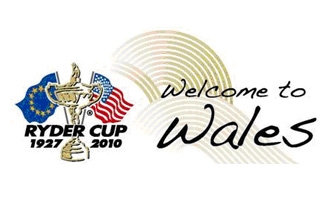 The Millennium Stadium is delighted to confirm that ‘Welcome to Wales’, a unique multi-artist concert to celebrate the world famous Ryder Cup, will be staged at Cardiff’s iconic venue on Wednesday, 29 September, 2010.

‘Welcome to Wales,’ organised by the world’s largest producer of live concerts Live Nation, will be the signature event that will galvanize the 2010 Ryder Cup celebrations in spectacular style.

Featuring musical performances by international superstars including popular Welsh artists along with appearances by celebrity guests, ‘Welcome to Wales’ will incorporate the introduction of Ryder Cup teams from across Europe and the United States.

Millennium Stadium Manager Gerry Toms is thrilled that the first-ever Ryder Cup in Wales will be celebrated at the spiritual home of Welsh sport.

Mr Toms said: "I am delighted that the promoters have selected the Millennium Stadium to play a major role in the celebrations of the Ryder Cup, which comes to Wales for the first time this year.

"We have a proud history of bringing major sporting and live music events to Cardiff and this is a great fusion of the two to kick off what will be a spectacular event for Wales."

Ryder Cup Wales, The Welsh Assembly Government and Ryder Cup Europe LLP will make history as they deliver The 2010 Ryder Cup, the biggest sporting event ever to be held in Wales, with a massive, global TV audience.

The Ryder Cup is one of the world’s most watched sporting events and is staged every two years, alternating between venues in Europe and the United States. This is the first time The Ryder Cup is being held in Wales and will take place at The Celtic Manor Resort in the City of Newport between 28 September and 3 October 2010.

Carwyn Jones, First Minister of Wales, said: "The Ryder Cup will be a huge event for Wales and we are keen to ensure a warm Welsh welcome to visitors, this is an ideal way to kick-start proceedings and show the world what Wales has to offer."

Richard Hills, the European Ryder Cup Director, said: "Welcome to Wales is a unique addition to Ryder Cup week which we welcome. The eyes of the world will be focused on Wales that week, and we are delighted that this concert will reinforce the country’s superb commitment in hosting the contest and providing entertainment of the highest calibre."

The stellar line up of artists performing at ‘Welcome to Wales’ on 29 September will be released at a later date together with ticketing information and hospitality packages.

Graham Pullen, Live Nation, said: "There’s few things in life that unite and excite people more than sport and music and Welcome To Wales is a celebration of both. The Ryder Cup is one of the world’s most prestigious sporting events and it’s a honour to be staging the opening event."

For more information about Welcome to Wales, please visit www.welcome2wales.co.uk.