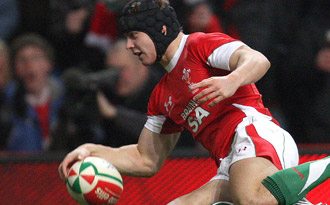 Warren Gatland’s Wales face three home matches at the Millennium Stadium in the 2010 RBS 6 Nations Championship and selected tickets for each of the games will be released on general sale for the first time at 12.00 noon today.

The Welsh Rugby Union’s member clubs and debenture holders were offered first refusal on tickets for the games against Scotland (13 February), France (26 February) and Italy (20 March) in Cardiff, before over 27,000 supporters snapped up tickets via pre-registration at the WRU website.

This is the last chance for fans to get hold of tickets for the Millennium Stadium games with a choice of tickets to the final game versus Italy and single tickets only remaining for the clashes with Scotland and France.

The final round of tickets on offer to the general public is strictly limited, so fans are encouraged to act fast and visit the Welsh Rugby Union website and the Cardiff Arms store today (Monday) to avoid disappointment.

Gatland, who names his squad for the 2010 campaign at 12.55pm this afternoon on www.wru.co.uk, has moved to encourage fans who would not normally think of attending games.

"There is sometimes a myth out there that the Wales team is unreachable to certain fans and that tickets are impossible to get hold of," said Gatland.

"It is true that they are in short supply but today is a great opportunity for those people who have always wanted to come and watch, but haven’t laid their hands on a ticket, to pick up the phone and experience what the Millennium Stadium has to offer.

"We are a tight knit group of people in the Wales camp, we have tried to create an environment where there is intense competition for places, it’s difficult to win a cap and when you are capped it is because you deserve it.

"We will be keeping it tight again when we name the squad this afternoon and there shouldn’t be too many surprises, the fans should know what to expect from this Wales team by now, they know we will give it our all and that we are worth backing.

"A full-house at the Millennium Stadium is a something not to be missed, by fans, players or management."

Groups of fans wanting to get behind Warren Gatland’s Wales will also be encouraged by the news that hospitality packages still remain for all games from £249 (plus vat) and further information can be accessed via www.millenniumstadium.com

The Bar 10 package (at the price above) includes a ticket for Wales v Italy in one of our VIP areas along with the official event programme and a limited edition gift, a fully-stocked bar and a guest speaker from the world of rugby.

Tickets will also be available from £5 for Wales U20s, U18s and Women’s home matches from midday today at www.ticketweb.co.uk or 08444 771000 and at the Cardiff Arms store.