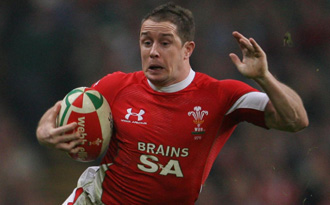 Tickets for Wales v Scotland at the Millennium Stadium have sold out on the afternoon that Head Coach Warren Gatland announced his 35-man squad for the 2010 RBS Six Nations.

The Championship game on Saturday 13 February sold out in less than two hours after tickets for Wales’ three home games at the Millennium Stadium were released at 12noon to the general public at the official website (www.wru.co.uk) and the Cardiff Arms store.

Selected tickets for the remaining home fixtures against France on Friday 26 February (singles only) and Italy on Saturday 20 March are still available and fans are urged to act fast to avoid disappointment.

This year a record 27,000 plus supporters purchased tickets via pre-registration at the WRU website after tickets were unclaimed by WRU member clubs and debenture holders.

Hospitality packages still remain for all games. Prices start from £249 (plus vat)* which includes a ticket in one of our VIP areas along with the official event programme and a limited edition gift, a fully-stocked bar and a guest speaker from the world of rugby.

* The Bar 10 package is available only for Wales v Italy.