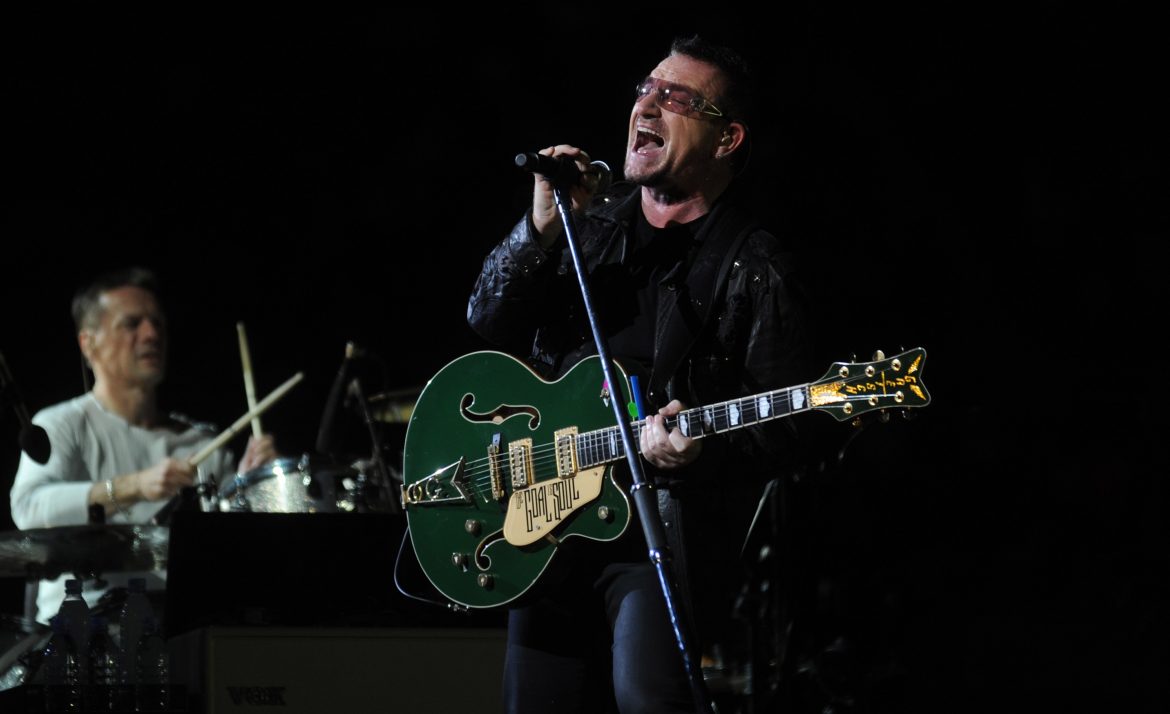 U2 Rock to record-breaking crowd

U2’s unique 360° tour stage allowed a greatest-ever capacity crowd for a concert to join the Irish rock band on the final leg of their European tour, which has visited 14 venues before heading to the USA.

Dubbed ‘the Claw’, the £20m centrepiece was enjoyed by fans from every angle in Cardiff’s celebrated multi-event arena while front man Bono was full of praise for the venue.

“This is such a fantastic stadium,” he said to the biggest crowd for a concert in the Stadium’s history. “One of the most unforgettable nights”

The band opened the show with Breathe from their most recent acclaimed studio album, No Line on the Horizon, and performed over two hours of their biggest hits such as Beautiful Day, Walk On and Get on your Boots to revelers at Cardiff number one live music venue.

Cardiff’s U2 fans will remember the Edge, whose Welsh family were in the crowd, as he addressed audience with the patriotic phrase “Cymru am Byth” before the classic I Still Haven’t Found, and wore a black shirt with a red Welsh dragon on it.

“The Edge asked to finish the European tour here at the Millennium Stadium,” said Bono which was met with rapturous applause.

Millennium Stadium venue sales manager Alex Luff was thrilled to entice the band back to Cardiff for their first stadium outing since the Vertigo Tour in 2005.

He said: “The band, the unique staging for this tour, the music and the Millennium Stadium itself wowed everyone out there last night and I am thrilled that the promoters continue to look to us as a major venue for live music year after year.

“The U2 gig marked our 30th big-name live act as well as smashing attendance records for our concerts so far and this is exciting news as we celebrate our 10th anniversary and a decade of live music here at the iconic Millennium Stadium.”

He added: “This weekend, we leave our summer concert period on an all-time high. Several weeks ago megastars Oasis and Take That returned to the Millennium Stadium to entertain capacity crowds and, with record-breaking attendance for U2 last night, we have a lot to be proud of here in Cardiff.”

U2 Hits from the Millennium Stadium last night: