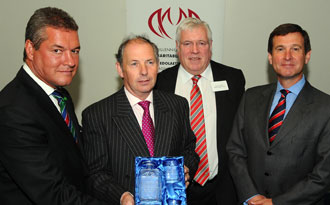 The Trust is an all-Wales organisation and all funds distributed by the Trust are allocated to make a difference to people in Wales.

Tom Jones commented: “I am thrilled to have been part of the Trust’s transition into a significant grant funder in Wales and want to thank my fellow trustees and the Millennium Stadium for their fervent support during the eight years I have Chaired the Trust.

“The Trust and the Stadium has a unique and very special relationship. Since 2001 we have distributed £3 million worth of grants to more than 650 groups throughout Wales, and have recently made available another £500,000 to improve community rugby facilities. I am delighted to have played a role in improving the lives of so many Welsh people.”

Tom Jones will be succeeded by former Leader of Cardiff County Council Russell Goodway, who represents one of the organisations that helped spearhead the application for the Millennium Commission grant to build the new stadium facility.

Russell said: “I have been impressed with the record of the Millennium Stadium Charitable Trust to date in helping to improve the lives of people living in Wales and am delighted to be able to participate in the continued work of the Trust.”

For further information on the Trust please visit https://www.millenniumstadiumtrust.org.uk/