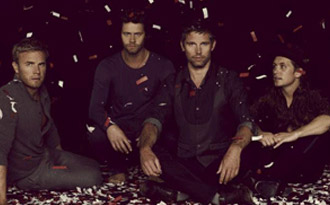 Take That fans in Cardiff will we buoyed by the announcement that 15,000 additional tickets have been released for the band’s record-breaking summer stadium tour, Take That Presents: The Circus Live, across all venues – on sale on Friday 1 May at 9.30am.

The Millennium Stadium is guaranteed a selection of new tickets for its previously sold-out double-date with Gary, Mark, Howard and Jason and the recently confirmed supporting artists Gary Go and James Morrison, on 16 and 17 June.

Due to finalised stadium plans, these extra tickets for shows which also include Sunderland, London, Glasgow and Coventry are likely to be snapped up in minutes, following an incredible response to the tour.

Millennium Stadium Head of Marketing Gwyn Dolphin said: “We are really looking forward to two consecutive, spectacular nights of entertainment here in Cardiff with one of the world’s most popular bands.

“We are delighted to be able to offer fans the opportunity to snap up further tickets for this event, on sale on Friday morning, after a record breaking sell-out for both dates.”

Take That Presents: The Circus Live, which will hit 20 stadium dates across the UK from Friday 5 June promises to be the band’s most visually dramatic, diverse and exhilarating tour yet. Initially sold out in record time, it has since become the biggest selling tour in the UK with over 1.05 million tickets sold.

Take That have now confirmed the full support line up for the tour, all of whom have been personally picked by the band. Joining singer-songwriter Gary Go, who will open each night, will be one of the following: The Script, The Saturdays, James Morrison and lady-of-the-moment Lady Gaga.

Take That’s latest album The Circus, the long awaited follow-up to the nine times platinum Beautiful World, was released on 1 December through Polydor Records and shot straight to the top of the charts, becoming one of the fastest selling albums of all time (taking the third biggest first-week sales total in history).