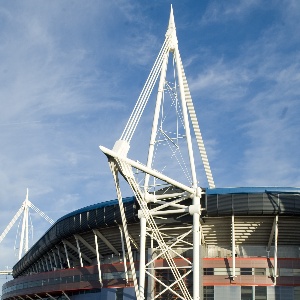 The Millennium Stadium will host the Heineken Cup semi-final between Cardiff Blues and Leicester Tigers on Sunday 3 May (kick off 3.00pm) and tickets are already on public sale from www.ticketmaster.com and 08705 582 582.

Over 36,000 rugby fans watched as the Blues knocked triple European champions Toulouse out of the competition to secure a place in the semis on Saturday with a 9-6 victory – smashing the previous attendance record of 27,114 for a home Heineken Cup match in Wales.

It will be the third time head coach David Young’s Blues side have played out of the home of Welsh rugby in this season’s competition, as they set the previous attendance record themselves with their second Round meeting with Gloucester Rugby and they will be looking to reach capacity for arguably the biggest match of the Region’s history to date.

At the Blues ticket office fans are urged to snap up their tickets as quickly as possible. Priority blocks will be reserved for season tickets holders on a first come first served basis until close of business on Wednesday 22nd April, when all remaining tickets for the 74,500 international venue will be released for general sale.