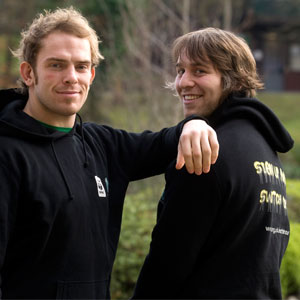 The rugby players, currently unbeaten in their RBS 6 Nations title defence, were delighted to show their support for the appeal which will see over 500 cities across 75 countries switching off their lights at 8.30pm on 28 March as a demonstration for action on climate change.

Welsh rugby captain Ryan Jones said: “WWF’s Earth hour is a fantastic opportunity for people from across Wales to join in a global campaign to show support for action on climate change.

“I’m very proud that the Millennium Stadium, the home of Welsh rugby, is getting involved and that we are able to offer our support to Earth hour.”

He added: “I would like to urge all Welsh rugby fans to get behind Earth Hour and the Millennium Stadium by switching their lights off for an hour at 8.30pm on 28th March – a simple and easy way to make a difference on a global scale.”

Morgan Parry, head of WWF Cymru said: “Climate change is the biggest problem facing the planet and WWF’s Earth Hour 2009 will be the biggest show of support ever. People in Wales can join concerned individuals and communities from over 70 countries around the world in a dramatic hour of action on climate change.”

For further information go to www.wwf.org.uk/earthhourwales