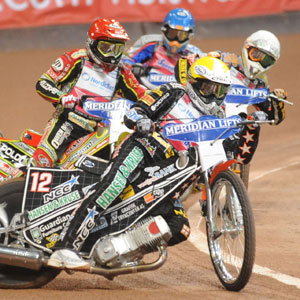 The Millennium Stadium played host to the FIM British Speedway Grand Prix on Saturday with 45,000 Speedway devotees turning up to witness the danger and drama of one of the most exciting events of the sporting calendar.

The former world champion Australian Jason Crump claimed victory in an incident-packed evening in Cardiff. American Greg Hancock came in second, and Nicki Pedersen took third place in the final after crashing and not completing the race. Great Britain’s Scott Nicholls made it to the final but was excluded for jumping the starting tape, as he took a gamble on a fast start which did not pay off.

It was the fifth time this year that Pedersen, who still leads the championship table by 10 points, reached the final without going on to win. The Dane endured an amazing night during which he was twice fortunate to benefit from controversial decisions by Polish referee Marek Wojaczek.

Event winner Crump views the Millennium Stadium as the best venue out of the total 11 rounds and is looking forward to coming back next year. The Bristol-born but proud Aussie said "We were delighted to put on a real show… the fans were fantastic."

The two-times world champion insisted that the FIM British Grand Prix remains the highlight of the year and that competing under the roof at the Millennium Stadium is a fantastic experience.