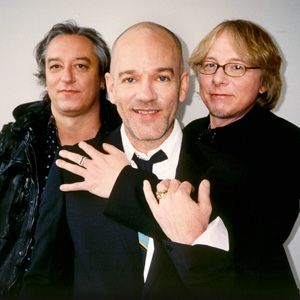 The return of REM to Millennium Stadium

REM are returning to the Millennium Stadium for an “encore” performance on Monday 25th of August.

The legendary American band, who had a succession of smash hits in the 1990s, first played the Cardiff venue in 2005 and will be returning to the Welsh capital when they play at four UK concerts on their 2008 tour.

This announcement is the third concert to play at Millennium Stadium this year with Bruce Springsteen on June 14th and Neil Diamond on June 19th and more are anticipated in the coming months, which could see a record year for music at the acoustic venue.

“We are delighted to be welcoming REM back to the Millennium Stadium following their hugely popular visit three years ago,” said WRU Group Chief Executive Roger Lewis.

“The fact they are so eager to return to our magnificent stadium is a fantastic seal of approval for the Millennium Stadium as one of the ‘must play’ venues for the world’s leading artists.

“2008 is becoming a strong year for music at the Millennium Stadium with some high profile class acts securing dates with us.

“We’ve proven that the Millennium Stadium is a fantastic venue to play at and our reputation is now bringing top artists back.”

REM, one of the most successful and influential bands of all time, will also be performing in Manchester, Southampton and Twickenham