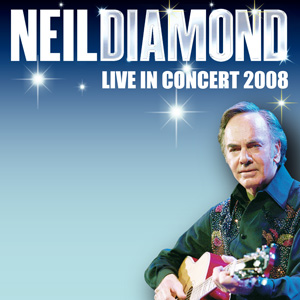 Millennium Stadium is pleased to announce a second concert in 2008 with American singer songwriter Neil Diamond heading to the acoustic venue on June 19th.

Stadium chiefs are expecting ‘The Diamond’ to make thousands of ladies weak at the knees as they remember their childhood pin-up but also, after recent musical successes they also anticipate a new generation of Neil Diamond music lovers to flock to the must-play venue.

This is the second concert to be announced at the Millennium Stadium in 2008 and with only 21 days into the year stadium bosses are anticipating a strong music year for the versatile venue.

Group Chief Executive, Roger Lewis said, “Following on from our announcement last month of the Bruce Springsteen gig in June we are thrilled to confirm that Neil Diamond will also be performing here in 2008.

“Neil Diamond is an extremely popular act for us to secure at the stadium and we are hopeful of a sell out crowd.

“We are looking forward to a strong year for music events at the Millennium Stadium and so far things are looking very positive, this announcement marks a fantastic start to 2008!”