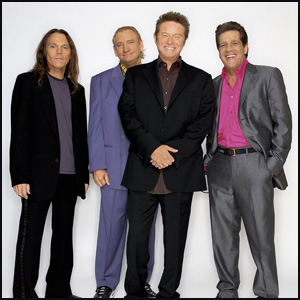 “It’s another fantastic coup for the Millennium Stadium and this summer really does seem to have something for all musical tastes,” said Paul Sergeant, Millennium Stadium Chief Executive. “The Eagles are a band who have enjoyed enormous success over the past 30 years. It will be great to see them make their debut in Wales at the Millennium Stadium for what promises to be another spectacular night out in the Welsh capital.”

Glenn Frey, Don Henley, Joe Walsh and Timothy B. Schmit have been performing together as The Eagles for more than 30 years and have sold more than 120 million albums in that time. Their last tour in the UK was in 2001. As well as performing their latest material, the band will also be playing classic numbers such as “Hotel California”, “Desperado”, “Take It Easy”, “Take It To The Limit” and “Life In The Fast Lane”.